Find Your Next Destination

Amusement Parks in the USA

Traveling around the United States, especially in summer, is never complete without a visit to any of its numerous amusement parks. With the warm weather, there is never a shortage of such types of attractions to visit wherever you might be in the country.

Whether you are seeking for adrenaline-pumping thrills, fantasy-themed attractions or classic rides, you can be sure that there is one perfect for anyone regardless of age.

Among the top amusement parks to visit in the US include Magic Kingdom in Lake Buena Vista, Florida, which welcomes more than 19 million visitors annually. Other top parks are Disneyland in Anaheim at 16 million yearly visitors, Epcot in Lake Buena Vista with 11 million, Universal Studios Florida in Orlando at 8 million, Universal Studios Hollywood in Universal City at 6 million, SeaWorld San Diego in San Diego at 3 million and Six Flags Magic Mountain in Valencia at 2.8 million visitors per year. 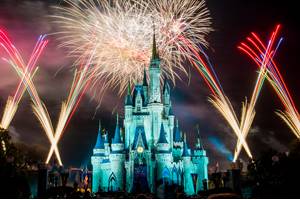 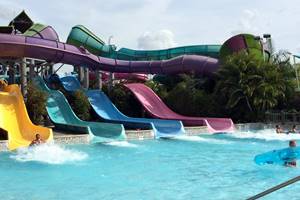 The following articles will provide you with interesting information, useful tips and insights about amusement parks in the USA.

Falcon's Fury is the tallest freestanding drop tower at 335 feet. SheiKra is a roller coaster that incorporates 70mph speeds climbs of 200 feet and 90-degree drops, all without a floor! If loops are your thing, you want the roller coaster Kumba. Other major rides are Montu and Tanganyika Tidal Wave. Opening Night Critters and Motor City Groove are amazing shows that you would not want to miss. Sesame street Safari of Fun and Treetop Trails are kid friendly attractions. [Read More]

Tree of Life is the icon of Disney Animal Kingdom. The Pangani Forest Exploration Trail is a recreation of tropical forest found in Africa. Kilimanjaro Safaris feels like an authentic experience. The Maharajah Jungle Trek is a walking tour of Southeast Asia. Find details of the major attractions offered by Disney Animal Kingdom. [Read More]

When adults vacation in New York its usually about plays, parks, the typical tourist sites and sometimes shopping. The downside is that when you throw a small child into the mix, all of these things become incredibly stressful and lose their fun side. Even if you do make it to a play a screaming baby will ruin it for everyone. The great part is there are lots of fun things to do that you'd never think of in New York before you were bringing kids with you. [Read More]

The original aquarium made theme park SeaWorld has been known for its variety of attractions, and interactive experiences. Only through this theme park would most people ever have the chance to see the giant creatures of the deep or the variety of fish on a coral reef. Enabling those to pursue their curiosity, SeaWorld embarked on their path of creating environments that never lost their aquarium foundation. [Read More]
View All 8 Related Articles