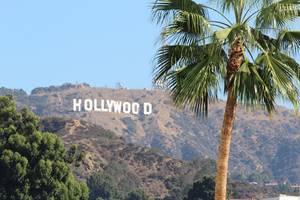 The third largest state in the US is also the most populous with almost 39 million people as of 2015 statistics. It would not be surprising that the state would rank in the top ten largest economies in the world, which are mostly centered in government, real estate, finance, technology, science and technical, had it been a country. The Golden State draws in nearly 17 million tourists every year with those coming from China, the UK, Australia and Japan leading in the list. The state has long been regarded as an ideal resort destination because of its climate and easy access to the ocean and the mountains. Its list of top tourist attractions is pretty diverse: Alcatraz, the Golden Gate Bridge, Yosemite National Park, Disneyland, Death Valley, Big Sur, Lake Tahoe, Sequoia and Kings Canyon National Park, SeaWorld, Redwood National Park, Santa Catalina Island, Universal Studios Hollywood and many more.

The following articles will provide you with interesting information, useful tips and insights about tourist attractions in California.

There are hundreds of museums in California, some of them are among the top ones in the whole nation. The major cities in California with most of the top Californian museums are San Francisco, Los Angeles and San Diego. Before you plan to visit any of them, you should know which ones to target first. There are many different factors to rank the museums by. We are listing few of the top museums of California by the number of their annual visitors. [Read More]

We have listed tourist places of California in the following categories. Please click on one of them to find all California attractions of that type.